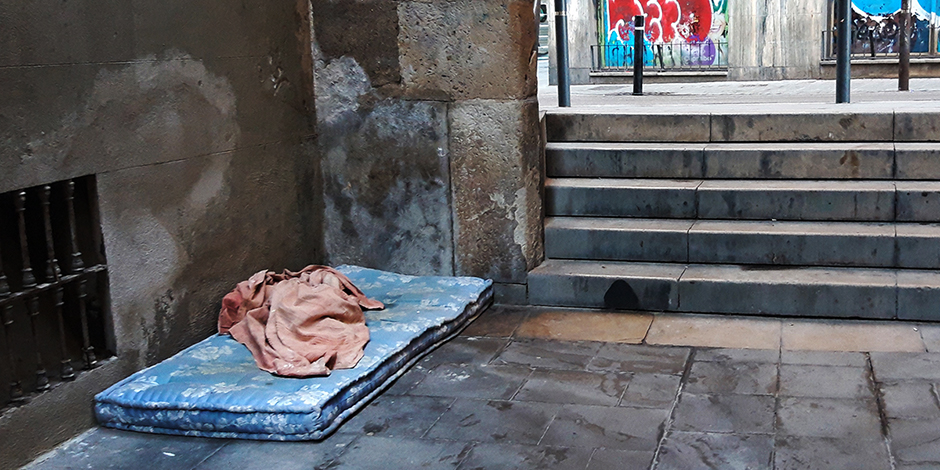 Proposals to all town councils and comarcal councils

Eleven Catalan municipalities have carried out counts in recent years to find out how many people live out in the open on their streets. In total, we know that 1,599 people live in the streets of Badalona, Barcelona, Girona, Lleida, Mataró, Reus, Terrassa, Tarragona, Sabadell, Sant Adrià de Besòs and Santa Coloma de Gramenet. These eleven municipalities are home to 40% of the Catalan population.

Making #nobodysleepingonthestreet possible cannot be done only from a local level because the structural reasons go further. Addressing the problem from each municipality and region is, however, the first step. We list a series of proposals addressed to all Catalan municipalities and regions. Some proposals look at the short term and seek to immediately reduce homelessness while, in parallel, other alternatives are promoted to transform in the medium and long term.

Allow access to the Emergency Board.
The regulations of the Emergency Board of Catalonia establish that all people who are in a situation of extraordinary vulnerability and imminent loss of housing, including people who live on the street, can access social rental housing. We ask that this issue is also incorporated into the separate regulations that eleven Catalan municipalities have so as not to exclude people who live out in the open.

Look after people from within the municipality itself.
It is necessary that from the local level all local members of the community who are homeless are looked after and that homelessness be considered as a situation to be dealt with urgently. The solution is not to refer people to nearby larger municipalities or provincial capitals because this disconnects them from their background and overloads other care systems. We urge municipalities to give an immediate response to people who start living on their streets.

Organise counts to gage the problem.
The counts are used to find out how many people live in the street in a specific territory. It is information that each municipality should know to later decide what measures to apply. We propose carrying out counts in all 947 of the municipalities of Catalonia. Furthermore, to begin with, we propose focusing on Catalan municipalities with more than 20,000 inhabitants, since they host more than 70% of the Catalan population and would provide an important sample to measure the problem.

Open small spaces in each town and municipality so that hundreds of people stop living on the street.
We propose opening small, night-time accesible spaces located throughout the territory. The objective is to offer a safe place to spend the night and adapt to the needs of a variety of individuals (women and LGTBI people, with pets, with addictions and / or mental health problems, etc). If your municipality is small or medium, we suggest you directly offer housing to people. Both options are cheaper than opening large facilities.

Look beyond the thermometer.
Cities like Barcelona or Tarragona have their own protocols to activate some resources when the temperature drops below 5ºC or 0ºC. In most municipalities, however, the instructions of the General Directorate of Civil Protection are followed and alternatives are activated for the homeless when the temperature is below 0ºC. In all cases, these are actions that focus on urgency and do not take into account the needs of people. We present stable accommodation and have teams that, throughout the year, accompany people and generate bonds and trust.

More coordination and training of the police forces.
The local police and the Mossos d’Esquadra should be better trained in the reality of the homeless and have information on all the existing resources in the municipalities to guide people. Common practices such as throwing away belongings or forcing the person to move from one place to another are a violation of rights. Greater coordination with social entities and services is necessary, since it is not a question of a police issue but of social care.

Comply with the law and facilitate the registry from each municipality and to all people.
All Catalan municipalities are required by law to register their residents, whether they have a home or not. We propose accompanying homeless people in this process from Social Services to facilitate the process and help them to get accredited. When you live on the streets, it is easy to lose or find yourself without the necessary documentation and, especially in the case of migrant people, it is sometimes difficult to recover.

Make information accessible to avoid new cases of homelessness.
From our experience, we know that many people who are at risk of being left on the streets do not know where to find information and help. We propose that from each municipality the citizens are informed about the procedures and resources for prevention and help.

Emergency resources must be permanent.
During the state of alarm, several municipalities and regions in Catalonia were able to quickly open emergency places for the homeless. It is an opportunity to make sure that people never have to live on the street again. We urge municipalities to accompany them with a long-term perspective, not only in emergency situations, and to offer homeless people alternatives that can transform their situation.

Guarantee hot menus to people who live on the street and open daytime rest spaces.
We propose adapting the soup kitchens with the limited capacity allowed so that people can access hot meals. We also propose opening small spaces located throughout the territory during the day where people can take shelter. 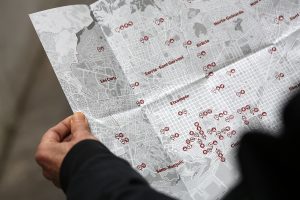