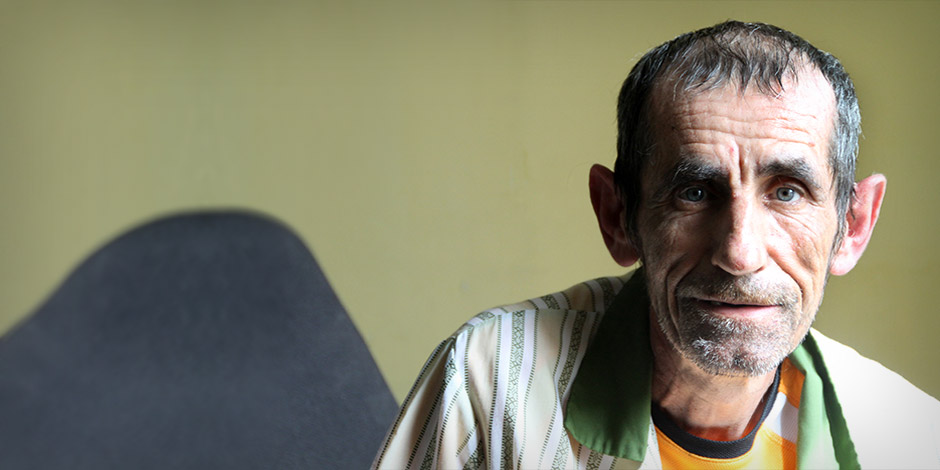 “After putting up with so much, finally I can consider myself lucky”

Jesús
30 years without a home

Jesús has drifted around the world since he was young. He has lived in different parts of Spain and slept in youth hostels, squats, friends’s houses and rooms he’s been able to pay with his low income. He’s lived in Barcelona for many years. He’s linked to Arrels and he likes to lend a hand whenever he can.

“Many people don’t use the hostels because they are obliged to check in at a specific time so they aren’t able to organise themselves to try to make a living, given they don’t earn anything. There are also people who haven’t got the soup kitchen pass-they are allowed to go only three days- and, again, if you want to eat, you have to talk to a social assistant and go on a waiting list.

This results in them going for a sandwich from one place to another and it’s exasperating; people get tired and they start drinking. Besides that, they must sleep in hostels with rules that are not applicable to everybody. I would set different conditions for the people who are looking for a job so that they have more time, because if they arrive late then they can’t go in and sleep on the street. When this happens, they can’t be bothered to do anything.

There are also people who want to have a rest and they can’t. More order and respect should be provided, because we are all in a situation which we dislike. Me, who has suffered a lot, at least I’ve been lucky because, after bearing for so long, finally I can be lucky thanks to certain people. Thanks for everything.”