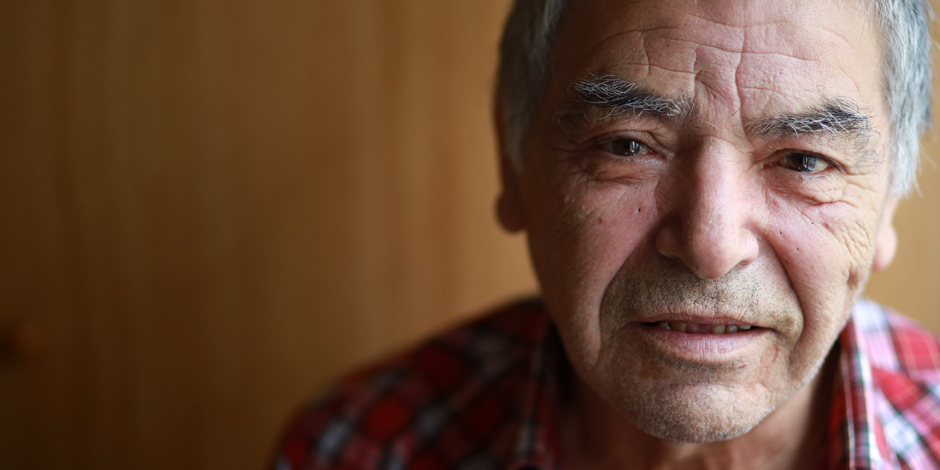 “I’ve lived together with three people who weren’t in a good state of health. They all died shortly after they arrived. I always had a good relationship with all of them and whenever they needed help with anything I was always ready to do whatever was necessary to lend a hand. It came naturally to me.

When I see somebody who is losing their faculties, it affects me very strongly. I never hesitate to look after them and help in any way that I can. I also think that maybe one day I too will need help.

I had a great relationship with one of my flatmates and before he got ill he would worry about me. He was always by my side. He would worry about whether I was eating enough, whether I had tobacco, whether I needed anything… These are little things that mean a lot. When it became necessary to look after him I didn’t hesitate for a second. I wanted to show that I was there for him, too. When they took him away to the residence I felt very alone. I would go to visit him every Saturday. We talked. It was a bit sad because we mostly talked about the old flat. He used to tell me that his only happiness was my visit on Saturdays. We both missed one another a lot. I felt like he was my brother. He told me that I was his only happiness and, when he got worse, he said that we didn’t have a lot of Saturdays left. He was right: that was the last one.

We never fought. We had a good relationship. He was a noble person. I don’t usually go to funerals, but I went to his.”