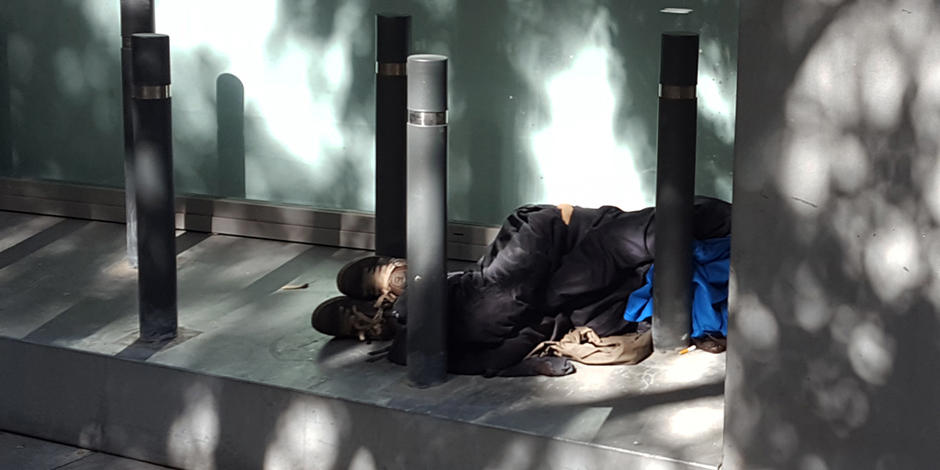 Individual benches, concrete balls, spikes on the floor, inclined sills, bars… are some of hostile architecture that we find in big cities and suppose a right violation for homeless people. From Arrels, we claim for inclusive cities and residential solutions so nobody has to sleep on the street and we invite you to make visible the barriers of your environment on social media and in this collaborative map.

“Iron bars on the bus benches, spikes on the floor, individual benches… are they the solution to stop seeing people who sleep on the street?”. This is what some people we know asked themselves some months ago and that have lived on the street. From Arrels, we think that these architectural barriers are not the solution because the problem doesn’t disappear, it is only moved. They involve additional difficulties for people and suppose a vulnerability of rights.

How they affect to people who sleep on the street?

And what do we suggest from Arrels?

We would like that homeless people could make use of the public areas just like any other citizen and, as a society, we should be concerned about this issue so everyone can have a place to sleep at night. We are convinced that achieving #nobodysleepingonthestreet is possible, but for that, social healthcare policies are necessary as well as worthy housing addressed to homeless people and prevention policies so anyone doesn’t lose their home.