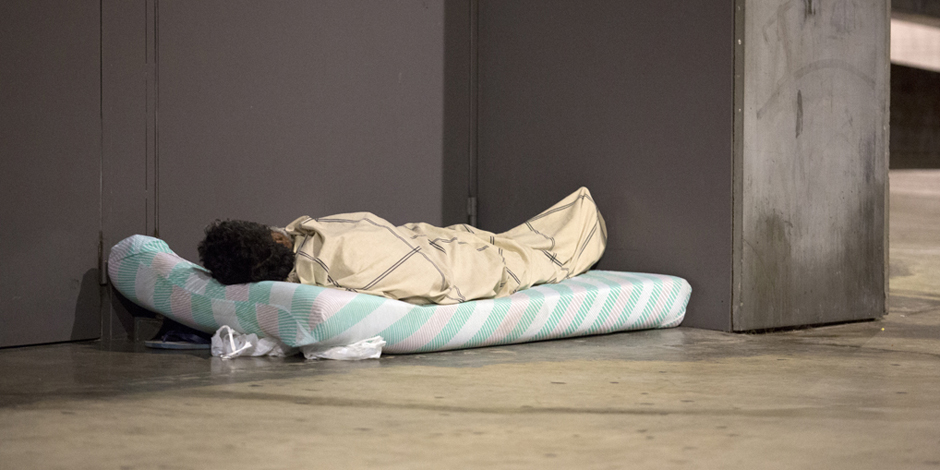 The information we obtained from the interviews with people sleeping on the streets in Barcelona should be used to review and improve resources, challenge policies and procedures that already exist and to promote new, useful courses of action aimed at addressing the realities of people who are sleeping on the street. At Arrels we have already started our work and have prepared a series of proposals in the context of the city.

What are we doing at Arrels?

Leave for the street.

The street team has begun visiting with new people that we have detected through the survey that present a very high level of vulnerability. Also, we continue to visit with people on the street who we previously knew. The goal is to strengthen ties with these people so that with time, positive steps can be made for that person.

Detect the level of vulnerability.

We are incorporating the survey we used for the census on homeless as a tool to learn the degree of vulnerability of the people we serve. The objective is to prioritize actions and understand the evolution of vulnerability a person experiences when they transition from living on the street to living in a flat.

Similar to the Housing First model, we are investigating ways of accommodating people who are chronically sleeping on the street and very vulnerable that would allow access to a decent home. At the moment, we have opened Pis Zero, a low demand resource for people who have not found what they need from other housing projects.

We promote counts and censuses.

The results from the census on homelessness confirmed to us the importance of going out to the streets and directly asking the people who are sleeping there the reason and to know the degree of vulnerability they present. We are also convinced in the advantage of counting. For this reason, we continually work with networks of administrators and advising entities to support the realization of censuses and counting.

What we propose in the context of the city?

The level of vulnerability that a person presents when he/she lives on the street decreases the moment they enter a stable and dignified home. In Barcelona, there are already examples of the Housing First model, but it is still necessary to expand it and focus specifically on the homeless with a higher level of vulnerability. We propose that evaluations should be done regularly and up to the Housing First code, so as not to lose the spirit and efficiency of the model. We encourage the Barcelona City Council to go for more than the Housing First model beyond the 100 floors provided in the Plan to fight against homelessness in Barcelona 2016-2020.

Spaces for night time with low demand for all of Barcelona.

Adequate spaces are needed that respect privacy and serve to create bonds and relationships of trust with homeless people living with a higher level of vulnerability and who are not eligible for other resources. These spaces and services should be offered in all districts of Barcelona.

Pardon and a health card.

Ensure that all homeless people living in Barcelona are registered and have a health card so they can go to the doctor and access other resources offered by the city when needed. Because of the current dispersion of resources for homeless people in Barcelona, it is necessary to aid their mobility and displacement.

Continue with counts and censuses.

The counts and censuses allow us to measure the reality of people who are homeless, to learn how vulnerable they are and how to act and carry out a comparative monitoring system over time. It is also necessary that this be developed in a transparent and valid way.

Strengthen networking and facilitate the exchange of information.

In both Barcelona and throughout Catalonia, we propose that a website be created that would be updated with information including all the existing services for homeless people as well as the creation of a common database of all the people who use the services.

We think promoting a metropolitan vision of homelessness would allow people to be cared for in their municipality. At the local level, this means prioritizing access to stable housing and the Housing First model, as well as the need for governments to have adequate budgets to be able to care for homeless people living in their area.