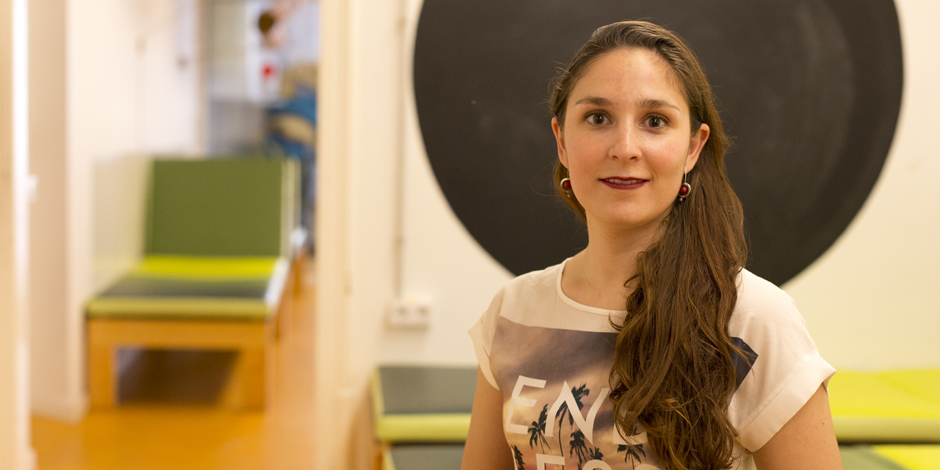 Flat Zero is a low-threshold night shelter that offers a secure and welcoming space for ten people. Since February we have provided 170 nights of accommodation to some thirty people known to us at Arrels. They are people who have been living on the streets for a long time, who are in highly vulnerable situations, and who have been unable to find a place in any other resource. Flat Zero is able to open its doors every day thanks to a team of concierges and some 25 volunteers. One of these people is Paula Huguet, who we interviewed here.

Today was your fifteenth night in Flat Zero. What tasks do you do?

The volunteers carry out a double service: attending to the people that come here and also providing logistical support. We make up the beds, we heat up cups of soup, we make coffee, and we put on clothes washes, but above all we provide a listening service, one-to-one, we show an interest in the person, ask them questions and support them. A lot of times they’ll arrive, they’ll have had a good day and they’ll tell you all sorts of things, and then on other days you can see on their faces that they’ve come to rest, to go to bed early, and get ready to face the day tomorrow.

Flat Zero is designed to act like an extension of the street and, therefore, the rules in there are more flexible. We’re talking about a low-threshold resource. What does that mean?

We always say that it’s a space without rules because there is no rule beyond cohabiting with the other users of the space. Here they are able to do whatever they would do in the street, only without the fear of being attacked or having to suffer on account of the weather. It’s a useful solution because here they have access to all the basic resources: they can heat up food, have a shower, sleep in a safe place, have a conversation with someone, and then get up and go. That said, this little society that supposedly doesn’t have any rules in fact does have rules: the rules that are put in place by the people who use the services there. For example, past a certain time they will start asking each other to be quiet so that everyone can get some rest.

Living on the street for a long period ends up affecting people on a relational level because you are very alone, you’re scared, and you’re exposed to lots of risks and dangers. Here they have company and are able to socialize. I now know the people who come here and their stories and I always ask after the people who haven’t come. They also worry about people they know who have been hospitalised and they ask about how they are doing. In Flat Zero people make links.

What have you learned from your experience in Flat Zero?

It’s helped to open up my eyes. I always go around with an open mind; I’m always learning and I’m always surprised by the incredible stories behind each person. Every morning I leave physically very tired but emotionally I have a lot of energy. I also learn not to judge because in the great majority of cases you just don’t know about people’s circumstances. Each person is their own world and can show you things if you pay attention. Flat Zero is a well of experience that the users transmit to you one by one.

One of the most emotional moments that I’ve experienced is when somebody moves on and starts to live in a flat or a room. In March we were lucky enough to share the last night a couple spent together in Flat Zero. They were so filled with joy at the opportunity to start to rebuild their lives; they were very happy and it was a great night. When you stop seeing somebody it can be for a good reason or a terrible one. Luckily, there have been more good than bad.

Did anything surprise you?

I’ve been most surprised when hearing somebody’s story and seeing that they had an absolutely normal past – or what we understand as ‘normal’ – and that they are now living in the street. There are people who are weighed down with a ton of bags because they have to carry around all their belongings. One night, a man showed me the photos he had in his wallet. He was in them, but it was a completely different version of him and he was with a young girl: 3 or 4 years old. I was surprised to realise he had a daughter – you see people and they are single men and you don’t consider that maybe before they were living in a different situation.

When you talk with the people around you, do you come across people who aren’t aware of this reality?

It’s a reality that stays hidden but one that generates a lot of interest at the same time. People ask me a lot of questions, above all about why people end up on the street. That’s something I never ask; I prefer to talk about the goals and successes they’ve lived through since finding themselves in this situation. But, of course, they all have a story – it’s almost never the case that someone is born on the street, grows up on the street, and dies on the street. The tragedy is that the last two stages do often end up being true.

Unfortunately I’m sure that there will be those who still think that if people have ended up in this flat it’s because they’ve gone looking for this life, or that they deserve it. For me that’s looking at the information really coldly, because you don’t know these people; you can’t know if they have an illness, an addiction, or any number of other problems. I don’t think that anyone ends up on the street because they want to be there. It’s simply a different thing for your situation to get worse and worse until in the end you accept it and lose hope in getting better, changing or developing. I think that people are on the streets because they don’t have any other place to be. Living on the streets is not easy.