“Living on the streets is hard, but for women it is even harder” 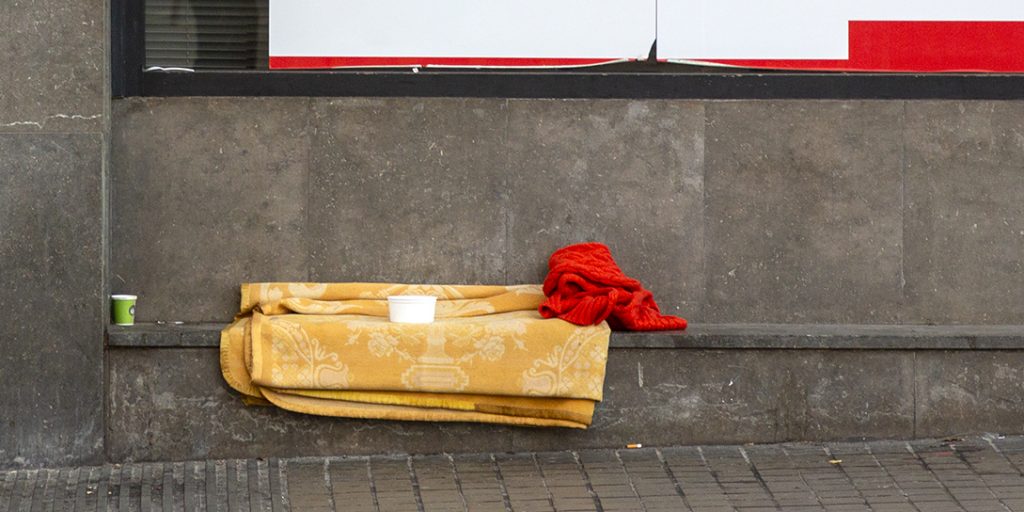 Her alias is Úrsula Alonso. She has lived on the streets for more than eight years, in different periods of time because she has gone to therapeutic communities, rehabilitation centres, a night shelter and a low-threshold shelter, among others. She likes to draw, read newspapers and go to the library. She claims that the services made for people experiencing homelessness do not properly fit their needs and getting a home is just the first step of a long journey to recover their self-esteem and motivation to do the activities that they like.

Úrsula is one of the people who have contributed their perspective and experiences to the report Living on the streets in Barcelona: analysis of a homeless city that you can read here.

Are the living conditions for homeless women tougher than men’s?
Sleeping on the streets is tough for everyone, but it is tougher for women. Some people try to take advantage of them in lots of ways, both physically and economically. There are few women on the streets.

Are they more susceptible to getting attacked?
I have been attacked. There was a man who regularly stole from me, a man who hit me…

Did you report them?
I did, but the police didn’t really pay attention…

Do streets and addictions go hand in hand?
Yes. I started drinking, at home they told me that it wasn’t right, and one day I found myself on the streets. I wasn’t alone; if you are screwed and alone, you want to talk to someone.

Do you ever look for someone to talk to?
When at home, in the cinema or in the library you may control yourself and drink less, but on the streets you aren’t by yourself, you drink, you buy things… I myself like to go to the library and read the newspaper but I don’t usually tell other people. There are some who I talk to and they do listen, but we don’t usually talk about movies.

During the years that you lived on the streets you went through different shelters. Give us some constructive criticism: what do you think those places need to do to improve people’s circumstances?
There should be more resources, more housing options. People feel left out. Starting from scratch is really complicated. Going to a night shelter is such a bother. I went to one and I didn’t like it. I guess some are better than others, I only went to one and I speak from my personal experience. It was really far away, there wasn’t a subway station, only trucks.

When someone goes from living for so long on the streets to having their own room or apartment, do you think a helping hand is needed?
Do you think housing will help people get by? Little by little. In order to accept this idea, they need to know that this is the way they should live, not that other way they are used to. If you notice, you see that it works, you cheer up. However, the street gets you down, everyday is the same. Once you have a home, you join courses or activities. You can draw, go to the library, use the Internet…

Having something to spend your spare time doing is important

Doing activities is important?
It is, because it keeps you away from addictions. For example, if you’re watching a movie, you focus on that. If you don’t have anything to do, it may eat you up.

What would you like to do?
Computers. A long time ago I studied programming for a year and I would like to catch up on it. And English. I write and read just fine in English, but I struggle a bit with spoken language, I should practice. Obviously, these kinds of courses should be subsidised since people living on the streets can’t afford them.

In comparison to eight years ago, do you think resources for people experiencing homelessness have improved, worsened or remained the same?
It hasn’t really changed.

Do these resources take into account everyone’s physical and mental difficulties? For example, if they use a wheelchair, if they are claustrophobic, etc.
No, they don’t. My legs aren’t in good shape so I need to use elevators, but the apartment complex I live in doesn’t have one.

Do you go get check-ups?
I usually do. I go to my general practitioner.

Usually, people who are currently living or have lived on the streets don’t go get check-ups, don’t go to A&E when they feel unwell…
At first you think nothing will happen to you, that you can endure everything, that your liver will regenerate… but that’s not the only problem… Some people think going to the doctor isn’t worth their time.

And what is the solution?
Everybody has something they like to do. You need to find things to do that make you feel validated, so that you won’t rely on drugs.