“Having an apartment solves 50% of the problem” 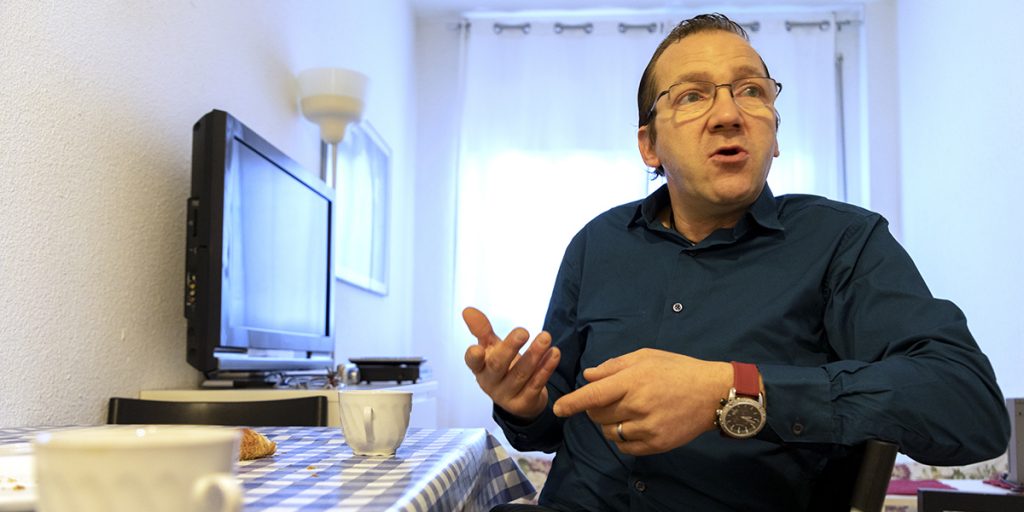 Davide Andreoli lived on the streets for more than eight years. He is grateful to have a house where he can feel safer, but he explains that the fear does not go away and that getting used to a new life is hard. He believes that one month of sleeping on the street is enough to wear down anyone’s physical and mental condition and, afterwards, it is really hard to get up from there. He sums it up in a sentence: “The street eats you up”.

Davide is one of the people who have contributed their perspective and experiences to the report Living on the streets in Barcelona: analysis of a homeless city that you can read here.

When asking people whether their basic needs are met, some say that they are even if they don’t have a home. Why is that so?
Some people don’t want any help; that’s because they’ve lost all hope. One should never tire of greeting them, visiting them, until they decide to get off the street. Because it is possible to get off the streets, but only if you’re not alone. It’s impossible to get off the street by yourself. It’s like building a house: there’s the foundation and, on this foundation, others can help you, and then you build the walls. Last year I was offered an apartment, and I declined. I wasn’t ready. Until I reached a point where I thought ‘I’m tired, I can’t take it any longer’. But you must be sure that you want to do so.

Why is it so hard to escape these circumstances?
There are many reasons. You need a job. Without a job you can’t earn an income. If you get paid 412 euros and a room costs 400 —a room!—, it’s just impossible. And at the same time they increase the price of the rent, the electricity bill, all the essentials… People can’t go on, they get tired. Maybe people get used to living on the streets too, and they can’t think of other options. What’s more, in Barcelona we have very few resources. Someone sleeping on the streets walks at least six or seven kilometres a day just to eat, take a shower, have dinner, etc. That’s the average, each person has it different, but here there are very few resources for all of those who sleep on the street and there are long distances from one place to the other.

And when rough sleepers finally get an apartment, like in your case, how is it?
I have an apartment thanks to my family, which is Arrels, but an apartment doesn’t make all problems go away. The first week in my flat I slept on the sofa. It took me days to get used to a bed. Now I sleep with the light on; it’s a small lamp, with an energy-saving light bulb, as after eight years sleeping under a street lamp, I can’t bear the dark. It’s obvious that living in an apartment is great and you feel safer, but right now it doesn’t feel like home to me. For me, it’s just a shelter where I can rest but I can’t spend all day there because I feel overwhelmed in such a closed place. It gets on top of me if I’m locked in all day. Having a flat has fixed 50% of the problem

Have you told someone that you are having a hard time getting used to everything?
Each person is different. I, for one, like to be by myself. You can get in whenever you want, you shower, you cook and eat whenever you want, without having to ask for anyone’s permission. It’s amazing. But getting used to an apartment isn’t easy. When you’re on the streets you always sleep with one eye open. There’s no safety. You can’t sleep for long periods. But in an apartment, you can. I’m slowly getting used to it, but I’m also scared of ending up on the street again.

Beyond the six months mark, do you feel like the weariness of the people in this situation shoots up and it gets harder to get off the streets?
Being on the streets for a single month is far too long. You start thinking about lots of things, you lose your will power and you can’t get it back. Or maybe you do with the help of others. Six months is a long time.